by hamza in Abstract, Thematic 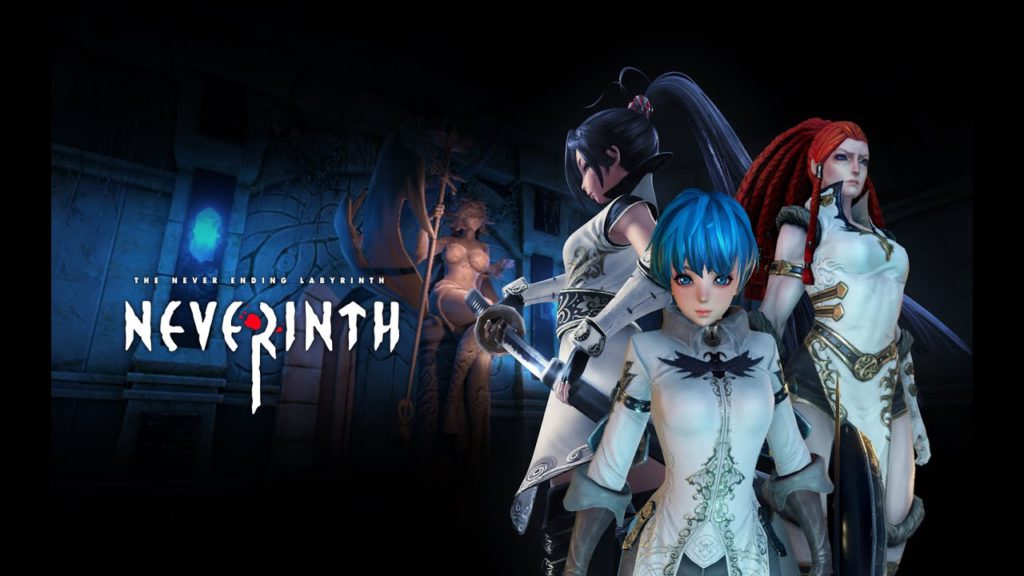 Ragnarok, Valkyries, cute anime girls, Dark Souls, “bagel” — agree, just combination of these words together is intriguing. The authors of Neverinth have combined everything in one game. Let’s see what they got at the end.

How is this similar to Dark Souls?

There are many similarities, though not everything is the same. First of all, the plot here plays an even more background role. We are only given a general introduction about the fact that the Norse gods died, so as a last hope for protection, the world tree Yggdrasil called three the most powerful women. If they go with it and win everything, they will get the right to become legendary Valkyries.

Well, then we are moved to the test Hall — this is our base, out of where girls make their invasion to three different regions, which open gradually. There we run along the corridors that spread out in different directions to the exit, in order to meet the main boss of the region. After the victory, a new large location opens, to where you can immediately teleport from the test Hall in the next passing.

Along the way, of course, we fight with enemies, from time to time find new cool equipment (mostly weapons and magic jewelry), as well as consumables (not only treatment potions, but also throwing daggers, bombs, and others). Additionally, along the way occur mystical keys to closed doors, where especially strong things and modifiers/mutators are hidden. The last ones add useful effects — shock waves or fire damage to all attacks, or, for example, throwing barrels of gunpowder while dodging.

From enemies fall out their souls, or rather, spirits, which is here both a currency for buying equipment, and a way to gain experience points. Using it we purchase upgrades from special statues for the characteristics of main hero, including strength, agility, protection, luck and health. Moreover, this is not only an ordinary increase of these parameters, but also passive bonuses — for example, regeneration, reduced endurance wasting when performing certain actions, more effective work of “healers” and so on.

Are these girls cute? Can I see everyone?

All three girls we can symbolically refer to different classes — redhead we’ll call tank, blue-haired — woman-paladin, and third, which is most anime-like — a rapid killer.

But, basically, they differ by initially available weapons and techniques that can be carried out with it. Each of the girls has two such techniques in total: shield and sword of woman-paladin allow blocking strikes and also break shield in enemies; with katana rapid killer is capable to apply powerful attacks, block and at the same time questioning on rival bad placemark (it hits more painful, than without placemark). Well, with a huge sword, the red-haired analog of Abby either throws opponents into the air or in a jump with force hits the ground, knocking over opponents.

But this division is conditional. After all, on the base or on the new levels, any of girls can change their weapons and take, it would seem, non-core — and then she will perform with it exactly the techniques, that are “tied” to this blade. For example, a rapid killer, replacing the katana with a huge two-handed sword, will throw up enemies and hit them on the ground.

And, vice versa, the redhead will smack enemies with a special katana skill.

The only thing that remains with the girls, even when changing weapons, are the levels that we have scored for this character, playing for him (each level automatically increases basic characteristics), and different styles of avoidance. Redhead just jumps, blue-haired-rolls. A rapid killer gently and almost instantly creeps to the side, avoiding attacks.

In addition to evasion, all girls have access to regular and powerful weapon attacks, as well as their special so-called EX-counterparts. They are faster and more powerful, but in addition to endurance, they also consume life. Or rather, they borrow it. During such attacks, the health scale itself begins to empty, but then gradually restores to its previous limits. Therefore, it is important to figure out everything so that during the beating of enemies you do not die yourself. By the way, this EX-analog exists also in evasion.

How does this differ from Dark Souls?

As you probably already realized, Neverinth is a “bagel”. This is the main difference from FromSoftware games. There are no flames where we are saved, treated and revived opponents-our girls only buy upgrades from statues, and that’s all. And after death, they lose both the supply of souls and all the equipment (only the collected levels remain), returning to the base to start a new race from there. That is, you do not need to run to the grave for the lost souls.

After each pass, the game calculates what tests we passed –how much damage we did, how many times we died, how many we killed, and so on. If the test is passed, the reward is permanently unlocked item, which will now be available in the next races. In General, all the classics of the genre.

And if the “bagel”, it means that particular importance is the case. During a new race, the location of rooms and enemies’ changes, but most importantly, the quantity, quality, and location of items of equipment and consumables changes.

In one race, you can quickly find very cool things and modifiers, in the other they will come across less often and with the wrong effects. Once I found as many as three mystical keys, but there were almost no doors that they open. Another time, the exact opposite happened.

Do they kill also quickly?

Of course, the skills of the player himself, his ability to use correctly weapons and evade, whether he knows the “timings” and “patterns” of attacks, how to pump the statues — all this matter. Especially in boss fights. I passed the first boss largely due to the fact, that I was very lucky to get a modifier, that throws powder barrels during evasion. However, it is easy to suffer from such barrels yourself.

But once I got it, I then beat him with heroines without such bonuses. In general, in fights with bosses, who, of course, always have their own tactics, you need to look for vulnerabilities and avoid them in time.

In general, the complexity of this game, of course, is far from Dark Souls, but don’t expect easy walks. Only if you don’t return, having fairly pumped, to the first location – there the enemies will really die quickly. But in the subsequent, opponents become noticeably stronger, there are also mini bosses, which even a pumped-up girl is not always easy to cope with.

So, in general, Neverinth is more accessible and less dark, but it also regularly challenges the player.

Is this really … Tetris?

Yes. This is another interesting “feature” of Neverinth — here you can and should fill special totem amulets with magic crystals. And this process is something, indeed, that reminiscent tetris.

The collected crystals after processing in the hall of tests becomes figures. And they must be inserted correctly into the slots on the totem, and preferably in right color and so to completely close the slot — passive bonuses from them will be better. And, if you want to remove a certain figure, you will have to delete it forever. Therefore, having available crystals in front of your eyes, it is better to plan in advance what, how and where.

To play or not to play?

Neverinth is able to captivate. There is also an invigorating randomness, but the skill of the player, as I said, is very important. There are cute heroines, spectacular techniques, their own for each weapon, a number of interesting and unusual mechanics like EX-attacks and tetris idol. You can notice and say something about the management and not very agile heroines, but in general, there are no critical problems with management.

What Neverinth really lacks is content. Just three conditional classes, three regions with bosses — it, of course, won’t be enough. But on June 17, there was a “formal release”, as the developers call it: the game came out of early access, but it will obviously develop and expand. That’s what we hope for.

Advantages: this game is generally exciting and challenging gameplay, there are a lot of items of equipment and modifiers, interesting ideas, nice picture and design, great music.

Disadvantages: so far, there is not enough content, not everything is fine with the management.